The Lady and the Highwayman.

I'm thrilled to have Charlotte Davila on the blog today! Check out her new release The Lady and the Highwayman, her interview and the giveaway below. 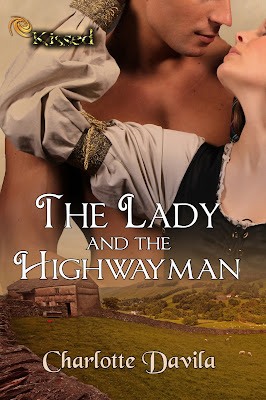 Lady Elizabeth Bennington has the perfect life: she's the daughter of an earl and betrothed to her childhood friend, William Hartley, the second son of a duke. But, when her sister's indiscretion leads to an unplanned pregnancy, and the subsequent disgrace of Elizabeth's entire family, her idyllic life is thrown into disarray.

First, her fiance is prohibited from marrying her. Then she receives word that William has been killed by thieves. To top it all off, she gets abducted by a highwayman. Can Elizabeth find love again, and with the most unlikely of people?

Every morning, at exactly half past noon, Lady Bennington began her traverse of the entire
length of Rathbonne, the Bennington family estate. She did this at the insistence of her Mama, who recommended that she do so in order to have a desirable marriage. It was advice that she took very seriously — that is to say she took only half of it very seriously. She refused to refrain from pastries and pies, both of which satisfied her demanding sweet tooth.
The estate did not make for an easy walk. It spanned over twenty acres and took her the
better part of half an hour to complete, if she moved at a leisurely pace. She always moved at a
leisurely pace, getting lost in her thoughts and fantasies of faraway lands and foreign cultures.
Sometimes, rather than walk back to the house, she would bring a book and stay in the high field amongst the shepherds and their grazing sheep, and read.
This morning she decided that rather than reading in the high field, she’d go to the brook
behind the property that divided Rathbonne from the neighboring Highborne estate. Highborne was the country home of the Duke of Staffordshire and his family, with whom the Benningtons were well acquainted. She removed the blanket from under her arm and smoothed it out on the grass beneath the tall oak, making herself cozy enough to lose herself in Paradise Lost.
“Lady Elizabeth, I bid you good afternoon,” a familiar voice yelled in the distance.
Elizabeth looked up from her book. Lord William Hartley, her childhood friend and the
second son of the Duke, was approaching on horseback. Will, like herself, was a younger child and the two of them had been raised closely. Unlike Elizabeth, he would inherit property in his own right, and his father’s title if something should cause the death of his brother. Elizabeth’s fortunes relied entirely on her marrying well. 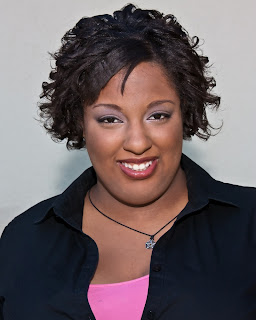 
Concerts can be very expensive, who do you think is worth the splurge?


I recently saw Amanda Palmer. It was a four hour concert…totally worth the money (tickets were like 35 bucks).


If you could learn to prepare (cook, bake, etc.) any dish as well as the restaurant that makes it best, what would it be?


Bread pudding. I love that stuff and I can’t make it quite the same at home.


What is your favorite board game? Card game?


Monopoly, but my rule is to never play with people I actually like. When I was younger, I’d actually played a game with my younger brother and cousins that lasted all weekend (it was the same game).


Do you have any special talents? (Singing, dancing, juggling, gardening, etc.)


What is your go-to cocktail?

As a child, Ashley M. Christman spent many hours in imaginary worlds, exploring the depths of mythology and immersing herself in a breadth of classics. After spending so much time reading, she decided to try her hand at writing.

An avid fan of film noir, she combines fantasy, noir style heroes and heroines, and the paranormal in a modern day setting in a way that hopefully would make even Bogie proud.

When not writing, she can be found in the wilds of Minnesota enjoying great cuisine, avoiding the gym, and being walked by the dog with her partner, Tom.

Want a chance to win a copy of The Lady and the Highwayman?


a Rafflecopter giveaway
Posted by Ana Blaze at 10:49 AM