Hi All! I have an awesome book promo for you today. I'm reading Legally Undercover right now and it rocks. :) 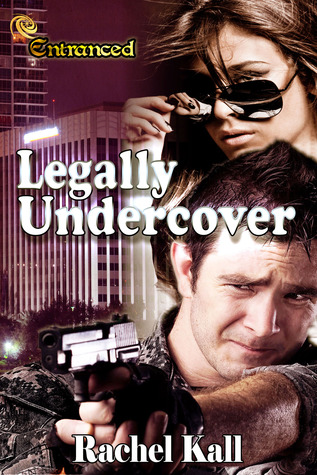 Attorney Alex Popov’s dream of partnership is put to the test when she’s pulled into a top-secret investigation involving arms dealers and one of her clients, Rodrigues Capital. The only good part about her association with the secretive organization is her client contact, Pedro Martín. She’s drawn to him, but he’s hiding something.

When Jacob shows up as a new attorney at Alex’s firm, it’s clear Pedro isn’t the only one with secrets. As Alex tries to determine Jacob’s true identity, she’s drawn closer to Pedro and deeper into the mystery of Rodrigues Capital and its shadowy networks.

Everyone has an agenda. In a world of lies, where no one is what they seem, Alex puts everything — even her dreams of partnership — on the line for love. 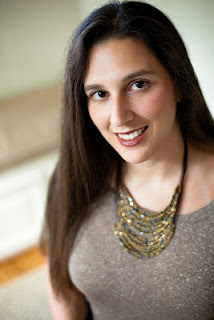 
Rachel Kall writes romantic suspense. She enjoys writing spicy and suspenseful stories to keep readers guessing. She’s a lawyer by day and passionate about writing. Her favorite genres are romantic suspense and contemporary romance, but she’s always open to an amazing story in any genre. Rachel is a member of Romance Writers of America, KOD, and Georgia Romance Writers. She loves animals and is active in animal rescue. She enjoys adding loveable pets to her stories. She lives in Georgia with her husband and five furkids—two dogs and three cats.
Author links

Don't worry. We'll start nice and easy. And rule number one is this: The connection between the man and the woman is more important than the steps. You could have the most amazing dance steps in the world, but if there's no connection between the man and the woman, then it's really not the salsa."
He positioned her left hand on his shoulder. Then he put his left hand into her right and placed his right hand gently on her back.
"The thing to remember about the salsa is you hold the one count and step on two. It'll be easier for you to follow me, but let me walk you through it once. Hold on one. On two, step back with your right foot. Step forward with your right foot. Then hold the beat. Step forward with your left. Step back onto your right. Step back on your left. And that's it."
Alex surprised herself as she caught onto the basic salsa steps. They started dancing to the music, and he began to improvise, adding additional steps. She kept up with him as well as she could, and she couldn't keep the smile off her face. With each additional
step she was drawn closer to him and could smell the scent of his light but masculine cologne. She couldn't miss that flash of heat in his eyes. But he still wasn't being pushy with her.
She officially felt like she was in the twilight zone. It almost seemed like they were on a real date. All of the stress and pressure of the past days melted off of her with every step and with each touch of his hand on her body. They finished dancing, and stood
laughing hand in hand.
"You've actually cheered me up, Pedro, much better than the wine and pizza therapy. I needed some salsa."
"You've got the perfect body for Latin dancing."
She felt her cheeks redden. "I have a few extra curves," she said, feeling a bit self-conscious.
"Your curves are just right the way they are." He cupped his hands on her face, and never dropping eye contact, pulled her to him. As his lips touched hers for the first time, she got lost in the moment. While she knew she should back away, she couldn't help but give in. Right then, she wanted him. It was undeniable.
Momentarily letting go of her doubts, she grabbed onto his shoulders and ran her hands lightly down his back. She strained, going up on her toes to get even closer to him because of their height difference. His lips were soft, and there was something so forbidden about what she was doing. He deepened the kiss and she allowed it to continue for a few minutes, savoring the way his lips felt against hers. All of her senses were heightened as his hands glided down to her waist. She wanted this to continue, but she had to get a grip. Reluctantly, she took a step back but still remained in his arms.
"Pedro, I'm sorry," she whispered. "I'm not sure this is a good idea." Even she didn't
believe the words as they came out of her mouth.
He leaned down and spoke quietly into her ear giving her chills. "Alex, I can be
very persistent…”

The prequel to Legally Undercover, Pure Deception is available for free from Smashwords: https://www.smashwords.com/books/view/303717