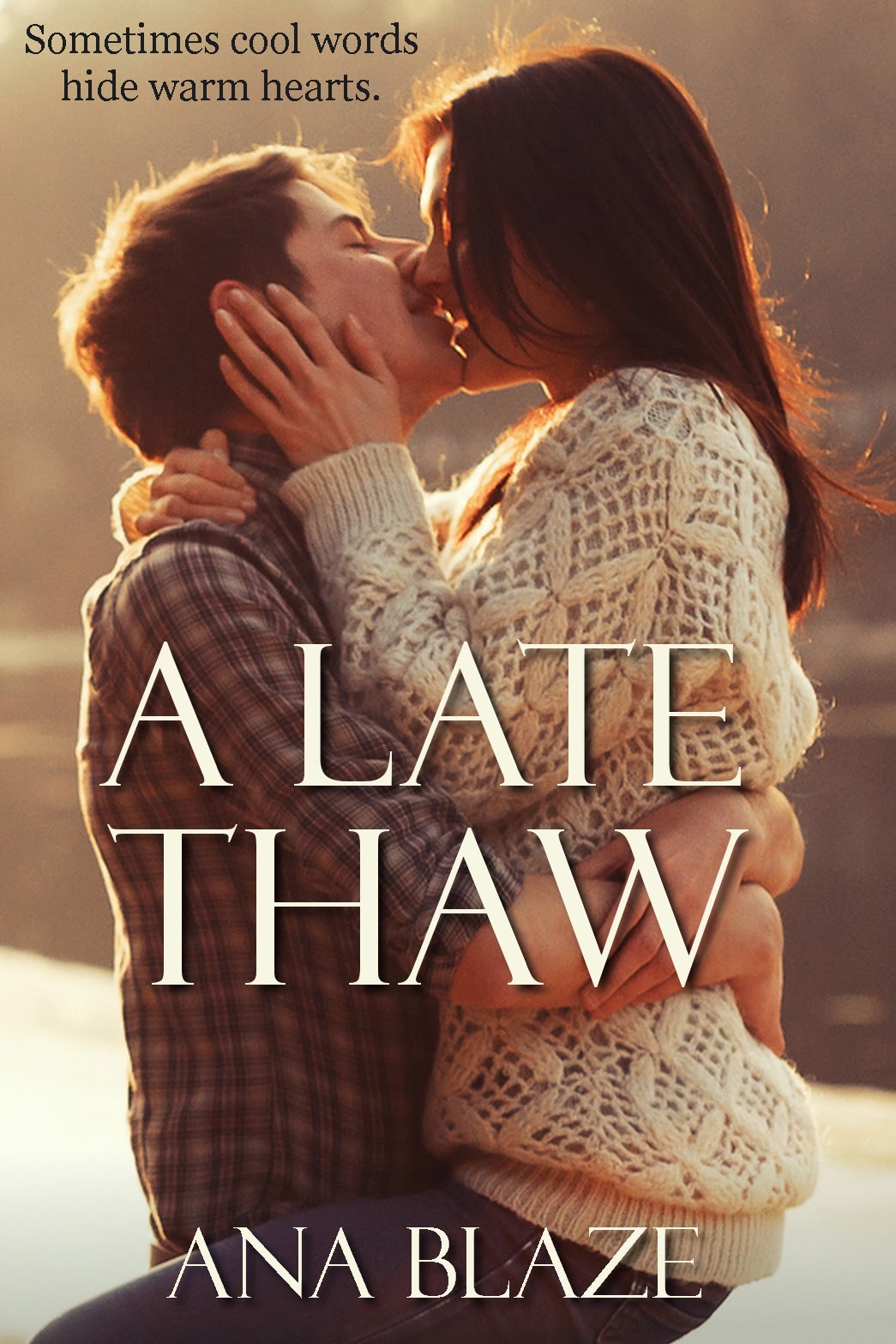 Barrett, Vermont, home to nearly as many goats as people. It’s the perfect picturesque spot to stop for cocoa after a ski trip or to buy your Christmas tree from a hunky farmer wearing snug jeans and a pair of well-worn boots. Kiley St. Claire isn’t there for either. She’s come home for one reason and one reason only: make enough money waiting tables at the local tourist trap to survive her final semester of graduate school. Of course she is going to have to see that Christmas tree farmer eventually. That’s fine; Kiley isn’t the same nerdy little girl he palled around with. Nope, she’s done crushing on Cole Thomas. Totally done.

Cole thought he was ready, but seeing Kiley again is a punch to the gut. She rejected him and ran away without explanation. He still couldn’t imagine a future with another woman. Now at least he’ll have a chance to say what he’s needed to say for years and then, just maybe, he’ll be ready to move on. He only wishes she didn’t look so damn good in her uniform.


Check out my inspiration board for A Late Thaw here!

Buy it now from Amazon.com!

Buy it now from Barnes & Noble!

Buy it now from Kobo!

Buy it now from All Romance!

COLE THOMAS HAD BEEN a late bloomer. One of the smallest boys in their middle school, he’d disappeared to his uncle’s ranch in Wyoming the summer before high school and had come back six inches taller, wearing a cowboy hat. Kiley St. Claire doubted the woman he was currently flirting with remembered that. It was practically ancient history.

She squinted as she tried to remember the woman’s name. Cole’s fangirl looked vaguely familiar under her over-processed blond hair and cheap but abundant makeup. She was probably one of Cole and Kiley’s former classmates. Amber maybe, or one of the Ashleys. She was pretty—whatever her name was—and she had a fantastic rack. More importantly, she wasn’t wearing a cheap Bavarian Miss costume and pigtails like Kiley was. If they were competing, the babe with the penchant for bleach and blue eye shadow would win. They weren’t, of course. Kiley was done crushing on Cole. It was obvious—had been for years—that he’d never see her as more than a friend.

She straightened the red bodice that made even her own modest chest look full, pulled the notepad from her already sticky apron, and marched over to their table. Her heels clicked along the scuffed and murky wood floor. No doubt it had originally been a beautiful walnut. Now it was covered with a layer of scum as old as she was and fit right in with the rest of the decor.

The entire bar was filled with heavy, dark wood tables and stools covered in faded maroon vinyl. Kept clean and under the right lighting it had probably once been genuinely attractive. Probably. If that had ever been the case it had stopped the day Kiley’s boss, the infamous Buddy, bought the building and started filling it with kitschy, vaguely German-themed knick-knacks and neon beer signs. Cole and the blonde were sitting near a display of Hummel knock-offs, one of which appeared to be mooning the patrons.

A table full of afternoon-drunk Frat guys signaled to Kiley. She held up a single finger in acknowledgement. They could use a couple minutes before their next round, and she had to do this, face Cole, before she lost her nerve. “Are you guys ready to order, or do you need another minute with the menus?”

“Kiley?” Cole’s dark eyes widened for a second before he started laughing. His shoulders shook, and he slapped the worn wooden tabletop. “This is…” He gestured toward her. “This…oh, you gotta give a turn.” He circled a finger in the air.

“Do you want a beer or not?” She refused to be embarrassed. Yes, she was dressed like the St. Pauli girl, but it obviously hadn’t been her idea. She didn’t even like wearing costumes on Halloween.
“I heard you were coming back for the summer, but this…damn.”

Cole looked her up and down with a big grin on his too-handsome face. Kiley pretended not to notice that his thick, brown hair was a touch longer than the last time she’d seen him, or that it curled appealingly against the collar of his blue-green plaid shirt. She tried not to check the scar on his left arm—a thin jagged line that was only really noticeable when the skin around it tanned a shade or two darker. Her heart melted a little when she saw it.

Cole had only recently turned eight the night they went searching for Kiley’s runaway dog. He got tangled in a bit of barbed wire fence hidden amongst the leaves in the woods behind her neighbor’s house. The dog came home on his own later that night, but Cole ended up needing
stitches in four places. And a tetanus shot. He made her promise not to tell anyone he’d cried, and she drew a cross over her heart and wished for untold tortures if she broke her word.

“Wasn’t enough to bring you home last Christmas, or the one before.”

Yup. She was a horrible daughter, and her mom let the whole town know it. Mother dearest undoubtedly left out that Kiley couldn’t afford to pay for a rental car sturdy enough to make the several-hour trip in wintry weather.

Before she had a chance to respond, the blonde sitting with Cole tilted her head to the side and frowned at her. “I remember you.” She smiled then, broadly, as though remembering anything was an accomplishment worthy of her pride.

Kiley tried to smile at the woman, but her lips were too tight. “Go Bobcats,” she said weakly.

“Yeah, you were in my gym class. Didn’t you get hit in the face with a tennis ball one time?”

Kiley had long ago accepted that, despite the lack of any reasonable scientific explanation, her face clearly attracted sporting equipment. She’d absolutely gotten hit with a tennis ball, as well as a volleyball, a softball, and a Frisbee. Once she’d even managed to get wacked in the nose with a broom while they’d attempted to play a grounded version of Quidditch. “Yup, that was me.”

The other woman nodded. “I knew it. I’ve always been good with faces.”

“Wow. Catching up is super fun, but I have a bunch of tables. So…”

“Were you even going to give me a call?” Cole looked hurt, and Kiley wished she didn’t care.

“Right.” He scowled. “Why don’t you bring us a couple of drafts. Whatever’s on special is fine.”

His cool tone sliced through her resolve and made her stomach churn. Why couldn’t she just move on? Being Cole’s friend, watching him date every other girl in town, hurt too much. She’d promised herself she wouldn’t fall back into his well-meaning but clueless clutches this summer. Kiley had come home to work and to save up enough money to live on for the final semester of classes she needed to earn her Master’s in Meteorology. That’s it. She already had job prospects for after graduation in January. This would be her last summer at home.

She nodded. “I’ll be right back with your drinks.”

He’d already turned back to the blonde.