Hi all. I have something special today! Take a look at the cover for Kara Leigh Miller's new YA romance, The Georgia Corbins! Pretty? Oh yeah. To celebrate, she is hosting a giveaway. Want a chance to win? Check out the rafflecopter at the bottom of the post.

The Georgia Corbins will be available from Entranced Publishing  June 2013! 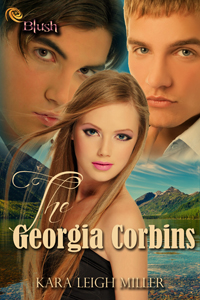 Blurb
Ali Philips never thought anything could be more devastating than the day Levi and Tucker Corbin, her two best friends—her only friends—moved away. Three years passed without a single phone call, text message, or email from them and she’s resolved to the fact that she will probably never see them again. Until one morning when she comes face-to-face with Levi Corbin in physics class.

Little does she know, the Corbins have returned to Haldeen with only one thing on their minds: winning Ali’s heart. Ali soon finds herself in the middle of a love triangle she doesn’t want any part of. As she tries to reclaim the friendships she’s lost and to adjust to the unfamiliar feelings she’s having, she struggles with making the one decision that will forever change their lives: Levi or Tucker Corbin?

She’s always had a special bond with Tucker and feels most comfortable when she’s with him. But Levi brings her to life in a way she didn’t think was possible and makes her feel things she didn’t think she would ever feel. Torn between the two, Ali is certain of only one thing–by the time it’s over, she’ll lose one of her best friends. 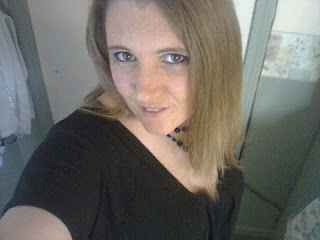 Born and raised in the small town of Mexico, New York, Kara was an only child who was forced to find ways to entertain herself. Playing make believe with her Barbie dolls and stuffed animals was her first real taste of storytelling before she became old enough to develop a love affair with the written word.
In early 2010, Kara picked up her very first erotic romance novel, and she was instantly hooked. She loves to write contemporary romance, erotica, and young adult romance. Currently she has several full-length novels in the works, a series of novellas, and a handful of short stories. Kara is an active member of the CNY Creative Writers Café and the CNY Romance Writers.
Today, Kara resides in New Haven, New York with her husband, five kids, and three cats. When she's not reading or writing, she's thinking about reading and writing. And when she's not doing that, she's spending time with her family and friends.

Add The Georgia Corbins to your Goodreads shelf for your chance to win an eCopy. The winner will be announced on Kara’s blog 06/10/13. Good luck!

a Rafflecopter giveaway
Posted by Ana Blaze at 9:06 AM