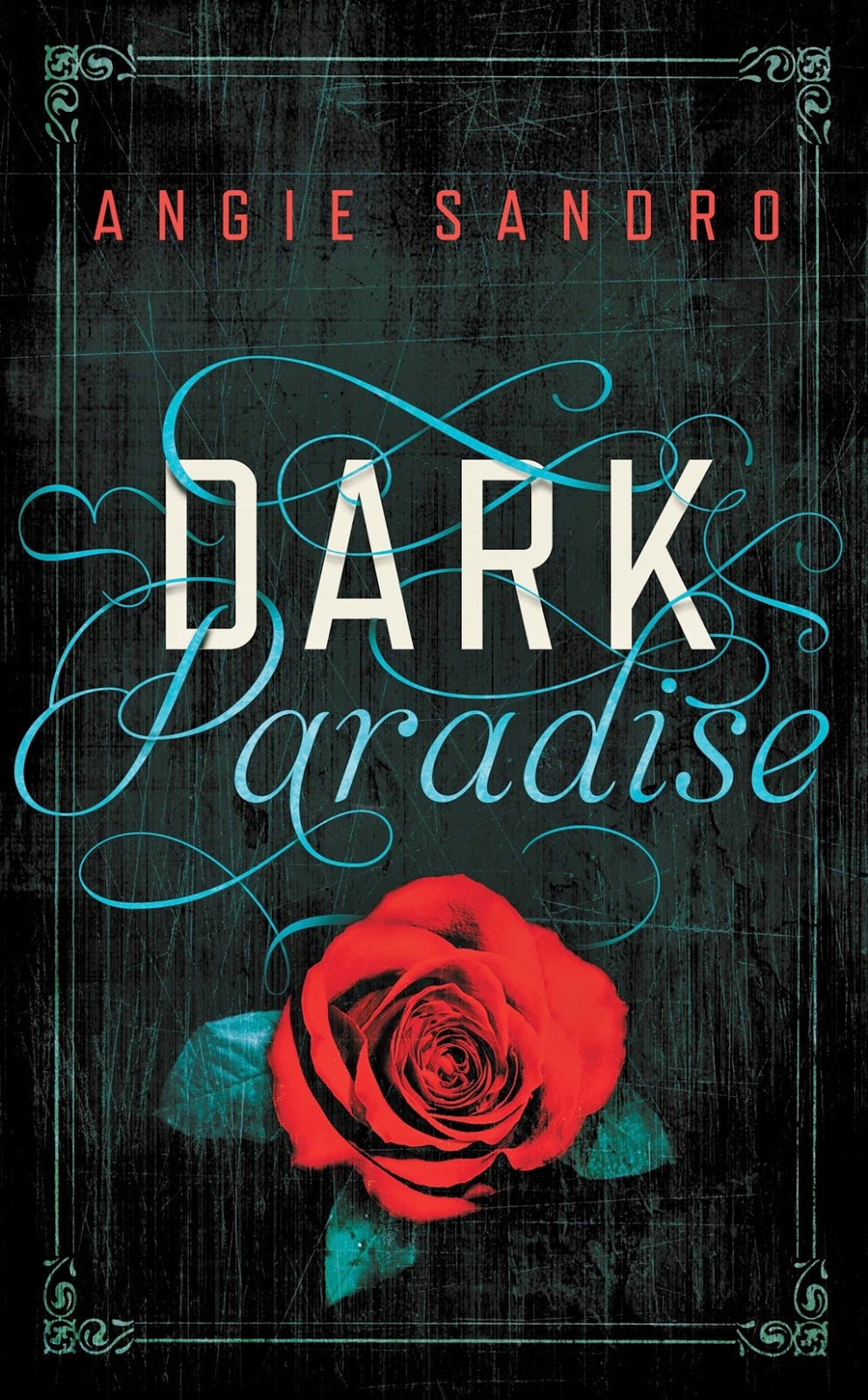 About DARK PARADISE:
DARK LEGACY
Mala LaCroix has spent her whole life trying to escape her destiny. As the last in a long line of "witch women," she rejects the notion of spirits and hoodoo and instead does her best to blend in. But when she finds a dead body floating in the bayou behind her house, Mala taps into powers she never knew she had. She's haunted by visions of the dead girl, demanding justice and vengeance.

DEADLY SECRETS
Landry Prince has always had a crush on Mala, but when Mala discovers his sister, murdered and marked in some sort of Satanic ritual, he wonders if all the rumors about the LaCroix family are true. Yet after Mala uses her connection to the spirit world to identify his sister's killer, he starts to form his own bond to her . . . a very physical one. As they move closer to each other and closer to the truth, Mala and Landry must risk everything-their families, their love, and even their live

About Angie Sandro:
Angie Sandro was born at Whiteman Air Force Base in Missouri. Within six weeks, she began the first of eleven relocations throughout the United States, Spain, and Guam before the age of eighteen. Friends were left behind. The only constants in her life were her family and the books she shipped wherever she went. Traveling the world inspired her imagination and allowed her to create her own imaginary friends. Visits to her father's family in Louisiana inspired this story. Angie now lives in Northern California with her husband, two children, and an overweight Labrador.

Landry’s truck sits in the driveway when I stroll out of the house at a quarter to eight in the morning. I’m in such a glorious mood that I don’t bother trying to sneak off without him catching sight of me. It would’ve been easy, I learn upon climbing on the bumper and sticking my head through the truck’s open window. He has the seat pushed back and his legs stretched out kitty corner across the passenger seat. Snores, loud enough to scare a bear, echo through the cab.
I reach in and poke his shoulder a few times. “Wake up, Sleeping Beauty.”
Landry’s thick lashes flutter then open to meet mine. “I’m supposed to be woken with a kiss, not a jab.”
I snort. “I don’t kiss slimy critters. You’re playing double duty as a frog, and I throw them in a frying pan with a little butter and garlic.”
“Oh, so now you’re trying to butter me up?”
The heat of a blush rises. “Saints, boy. You’re fraying my last nerve.” I plant my hands on my hips, toe tapping. “What are you doing here? In case you forgot, I’m mad at you.”
“No you’re not.” He grins and runs his fingers through his thick hair. My breath catches as my brain stutters. I shake my head to dispel the wave of pheromone-induced stupidity that washes over me. My noses twitches. Why does he have to smell so good? Like cinnamon and brown sugar. “Did you forget yester—”
An oily paper bag flies in my direction. I grab it out of the air before it drops to the ground. It’s warm in my hands, and the smell makes my mouth water. “Ooh, cinnamon rolls,” I mumble around the melting mouthful of cinnamon-y goodness. “I love these.”
“I know,” Landry says, throwing open the truck door.
I hop off the bumper with a scowl. The arrogant jerk thinks he has me eating out of his hands; all he has to do is flutter those insanely long eyelashes, smile to show off his pearly whites, and tempt me with fresh, warm buns.
“These are mine?” I clutch the bag to my chest as I eye him in suspicion.
“Yeah, they’re your favorite, right?”
“Mmm hmm.”
Landry props his elbow on the open window and ducks his head. Black hair tangles across his face, hiding his eyes. “I hoped you’d be more accepting of my apology if I bribed you with sweets. Forgive me for being an ass yesterday?”
Lucky guy. He figured out the fastest way to soften my heartstrings—sugar. Wait how does he know they’re my favorite? Stupid question. It’s like him knowing my nickname and my job. He pays way too much attention to me, and I’m kinda scared to ask why. I stare at my sticky fingers, then lick the icing off one by one. Landry’s gaze draws my attention. He’s staring at my mouth. My gut tightens in response, and I slowly lick my lips. Get a grip. Don’t trust him just because he says he’s sorry.
I concentrate on the mouthful of cinnamon roll. Each chew echoes the rapid patter of my heart. God, why does my body react like this when I’m around him? Why? He’s still staring at me. Can’t he tell I’m uncomfortable? Oh, I get it. He’s irritating me on purpose so I can’t totally ignore him.
I pass the empty bag to him. “You’re not going away, are you?”
“Nope.” He smiles.

a Rafflecopter giveaway
Posted by Ana Blaze at 10:38 AM