Vision of Shadows by Vincent Morrone & his 10 Fav Romances in Sci Fi and Fantasy.

Hi all! I'm super excited to welcome Vincent Morrone to the blog today. You're sure to love his debut YA, Vision of Shadows! 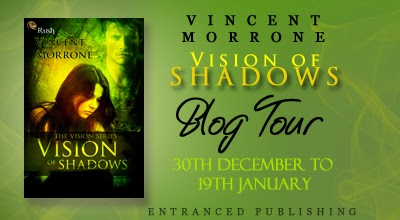 Since Vincent is a fellow science fiction fan, I asked him to list his top ten favorite romantic moments in the genre! Here's his response. There's some great choices here.


My top ten Romantic moments in sci-fi, fantasy and other genre books, movies and/or TV.
Han & Leah
There were 2 moments in Empire Strikes Back. One was that kiss on the Millennium Falcon while they were hiding from the Empire. That was such a cool scene. But there’s something about the scene where Han is about to get frozen. Leah tells him, “I love you.” And his reply? “I know.”

Spiderman & Mary Jane.
Because I was a nerd of a kid that dreamed of being able to save the girl and get a kiss. And he got to do it while hanging upside down from a web! How cool is that?

Worf & Dax
That spectacular moment where our favorite cuddly Klingon Warrior tied the knot with the Trill Jadizia Dax. (Wonder how it felt for Worf to hear Captain Sisko call his new bride “Old Man.”)  Let us celebrate by drinking blood wine and hitting ourselves with pain sticks!

Harry & Ginny
In Half Blood Prince, the gang at Hogwarts are in potions class where their new potions professor (Horace Slughorn) has a cauldron of a love potion brewing. Hermione explains that it smells different to each person depending on what they love. Harry smells smelled treacle tart, the woody scent of broomstick handle, and "something flowery that he thought he might have smelled at the Burrow.” In a later chapter, we come to realize that was the scent of Ginny Weasley’s perfume. At that moment, hundreds of thousands of Potter fans who had been shipping Harry/Ginny did fist bumps!

Ron & Hermione
Since were in the Potterverse, how many of us out there yelled, “It’s about bloody time!” when Hermione kissed Ron because he showed concern for the house elves?

Princess Buttercup & the Man in Black.
In the Princess Bride, we’re all yelling “Assss youuu wishhhhh” as we’re rolling down the mountain. Only ‘True Love’ can conquer death.

James T. Kirk & Edith Keeler
So this one wasn’t such a happily ever after as much as it was a tragic love story. Falling in love with a woman who must die or you sacrifice the future was an amazing tale of tortured love. I can still hear Spock yelling out, “No Jim” just at that heartbreaking instant. Not all love stories have a happy ending.

Zoe & Wash
They were a wonderful example of a modern married couple in the year 2517, traveling the verse together, him flying Serenity and her as second in command. Zoe was kick ass, and Wash played with dinosaurs. It ended tragically. The kind of ending that really goes right through you. (That was bad.)

Glen & Maggie
I’ve got to include the couple that first ‘hooked up’ in a pharmacy in the middle of a world infested with zombies. I’m rooting for these two to not become walker chow on the show.

King Kong & Ann Darrow
Here’s the crown jewel or romance in film. I guess I kind of identify a little with Kong. Poor guy. All he wanted was to show his girl a night out on the town. But that ice skating scene is magic.

And on to his new book: 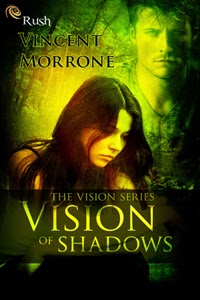 Blurb:
Is Bristol Blackburn about to meet the love of her life...or her killer?
After the death of her parents, Bristol Blackburn's life is thrown into chaos and she's forced to move to Spirit, a small town where shadows are stirring. As she learns to navigate her new school and figures out how to keep her psychic abilities secret from her family, Bristol comes face to face with the boy who makes a regular appearance in her dreams: the gorgeous, possibly deadly, Payne McKnight. Soon she’ll find out if Payne will be the love of her life, or the end of it — and she has no idea which possibility scares her more.
And that's not even the worst of it. Strange shadows are haunting her dreams, and they're up to something that could put Bristol and the lives of everyone she loves in jeopardy.

You can find more about Vision of Shadows on the Entranced Publishing website.

Want to chat with Bristol, the main character of this series? Well she has her own twitter account.

Check out the prequel: 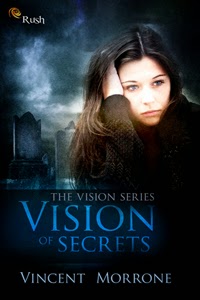 Blurb:
Bristol understands secrets. She's got plenty of her own, ranging from the annoying ghost that keeps showing up and attempting to sing Copacabana, (badly) to the visions of a terrifying future that is getting closer each day.
Bristol knows secrets can kill. She's getting flashes of a boy racked with guilt over his secret. And a girl who's prank might lead to someone's death.
Vision of Secrets is a free prequel introduces you to Bristol Blackburn before the explosive events in Vision of Shadows and let's you see how a young girl deals with her Visions of Secrets!

You can download Vision of Secrets for free from smashwords 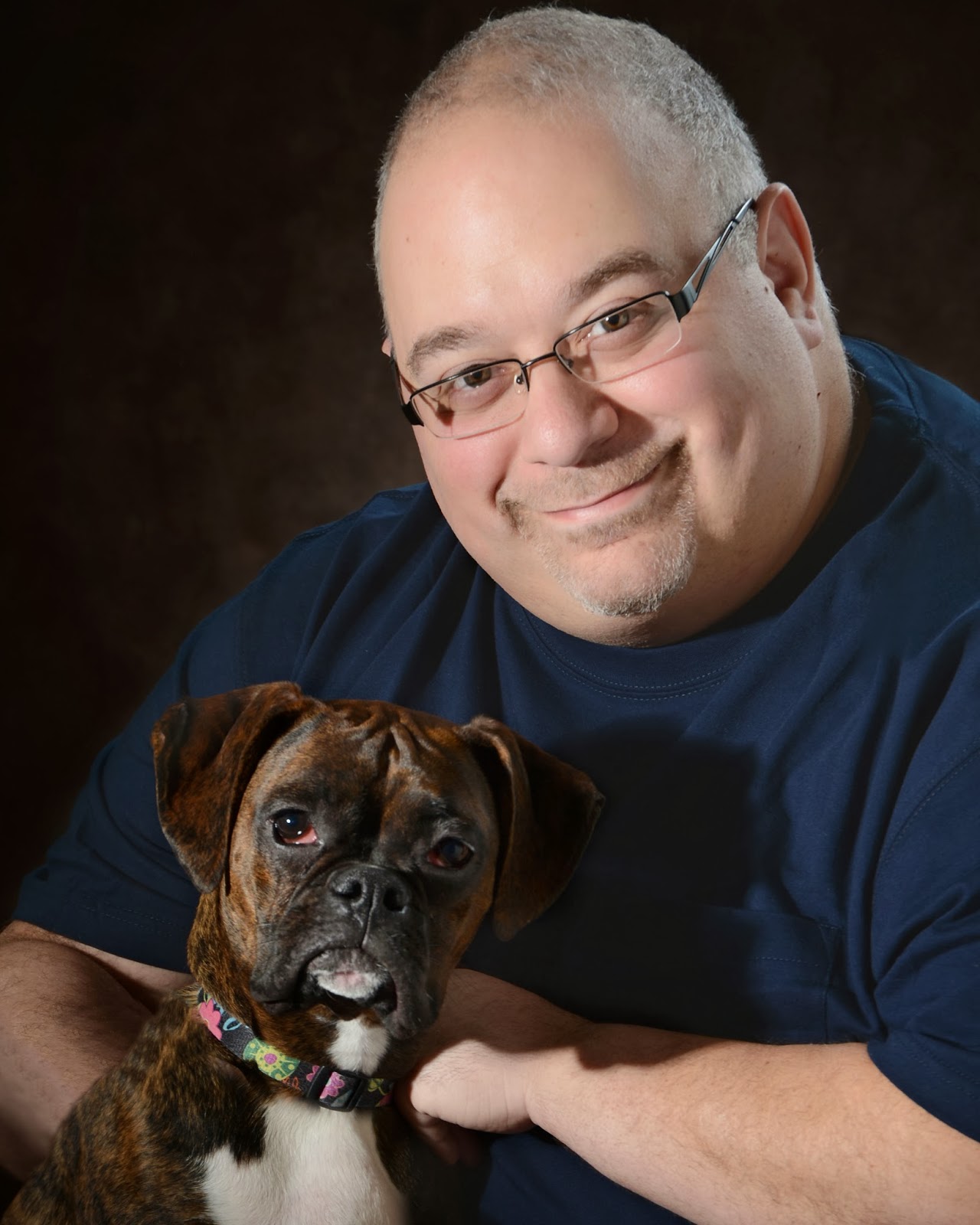 About the Author:
Born and raised in Brooklyn NY, Vincent Morrone now resides in Upstate NY with his wife. (Although he can still speak fluent Brooklynese.) His twin daughters remain not only his biggest fans, but usually are the first to read all of his work. Their home is run and operated for the comfort and convenience of their dogs.

Vincent has been writing fiction, poetry and song lyrics for as long as he can remember, most of which involve magical misfits, paranormal prodigies and even on occasion superheroes and their sidekicks.

As they say in Brooklyn: Yo, you got something to say to Vincent?
Check out http://vincentmorrone.com/ where you can learn about Vincent and leave him a comment. You can also connect with Vincent on Twitter https://twitter.com/Vince524 and Facebook https://www.facebook.com/Morrrone.

Enter the rafflecopter below for a chance to win:
a Rafflecopter giveaway
Posted by Ana Blaze at 11:28 AM