I have a special excerpt from A Perfect Secret by Donna Hatch today! 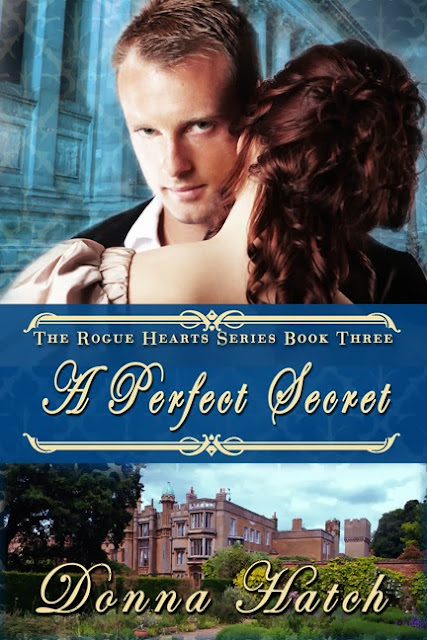 Book Description:
Desperate to protect her father from trial and death, Genevieve breaks off her engagement with Christian Amesbury and marries a blackmailer. After a year of marriage, she flees her husband's violent domination only to have fate bring her back to Christian. Just when she thinks she's started a new life of safety and solitude, her husband tracks her down, stalks her, and threatens everyone she loves.

Still brokenhearted over Genevieve's betrayal a year ago, Christian can't believe she's come back into his life--and worse, that she's done it on the anniversary of his brother's death, a death that haunts him. Though tempted to throw her back into the river where he found her, he can't leave her at the mercy of the terrifying man she married.

When her husband torments Genevieve and puts his family in danger, Christian will do anything to protect those he loves...anything except give Genevieve another chance to break his heart. 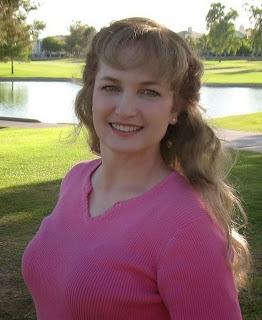 About the Author:
I've had a passion for writing since the age of 8 when I wrote her first short story. During my sophomore year in high school, I wrote her first full-length novel, a science fiction romance. I wrote my second novel during my senior year, a fantasy romance. Needless to say, English and Creative Writing were always my favorite subjects. Yes, I'm a total grammar geek! In between caring for six children, (7 counting my husband) I manage to carve out time to indulge in my writing obsession, with varying degrees of success, although I write most often late at night instead of sleeping. And yes, all of my heroes are patterned after my husband of 21 years, who continues to prove that there really is a happily ever after.

Excerpt from A Perfect Secret by Donna Hatch ©Donna Hatch

Genevieve drew herself up and leveled an icy stare at the intruder. “Lord Wickburgh, I believe my father has made it clear that your business here is unwelcome.”
The stranger’s face relaxed into an icy smile. “Ah, Miss Marshall. Such a pleasure to see you again.” His gaze moved slowly down her body in a clear message. Genevieve’s skin crawled but she glared at him. He would not intimidate her. Christian’s love had made her bold.
Papa flicked a brief glance at Genevieve, his chocolate brown eyes which mirrored her own filled with agony. He quickly donned his propriety. “This is none of your concern, Jenny.”
“Of course it’s her concern.” Wickburgh began swinging his walking stick, narrowly missing a flower-filled vase atop a Chippendale side table. “You see my dear, your father was about to find the means by which to settle a debt with me.”
Genevieve narrowed her gaze. “I doubt very much my father owes you a gambling debt since he seldom gambles.”
“Oh, but he did, a wager of the worst kind—with fate.”
Papa said more forcefully, “Genevieve, leave us.”
Genevieve offered an apologetic smile to her father and cast an open glare at Wickburgh. “I assume you have vowels to prove this gambling debt?”
“I do, indeed—a letter that my brother dictated on his deathbed. It only just arrived.” He withdrew a folded paper and waved it in front of them. “I must warn you however; it is much more damming than a mere gambling debt. This letter is very revealing about the part your father played in a mutiny.”
Any other time, she would have been frightened of this stern man who watched her too closely, too hotly, but at the moment, her righteous anger overpowered her fear. Her face flushed in indignation at his horrible lies. “Impossible. Papa would never take part in a mutiny. He served king and country faithfully for many years.”
She folded her arms, wishing she were taller and better able to look Papa’s accuser in the eye to prove he didn’t frighten her. Really, it was difficult to be impressive when one was barely five feet tall. But she made up for it with what she hoped would be a fearsome glare.
With a measured smile, Wickburgh handed her the letter. “Read it for yourself. Quite a diverting tale.”
She snatched the document from his hands and read, the blood draining out of her face. The letter did, indeed, narrate a convincing and condemning story about her father and his crew mutinying when he’d served as second lieutenant. Surely this mutiny story was a lie.
She waved the letter in front of the viscount. “I don’t believe this. It can’t be true.”
Wickburgh gestured to her father. “Ask him.”
“That won’t be necessary. My father is a good man.”
Wickburgh merely watched her with that hungry, possessive stare of his. Genevieve rubbed sweaty palms down her skirts. She glanced at Papa who had sunk into a chair with his head in his hands, his shoulders slumped as if utterly defeated. For the first time, doubt crept in. A knot twisted in her stomach.
“Papa?”
Her father lowered his hands, staring at the floor. “It’s true

Code: a Rafflecopter giveaway
Posted by Ana Blaze at 12:00 AM