Breaking the Rules by Melinda Dozier.

One of my Entranced besties, the glamorous Melinda Dozier, has a new book out! Check out the sexy blurb and the giveaway below. 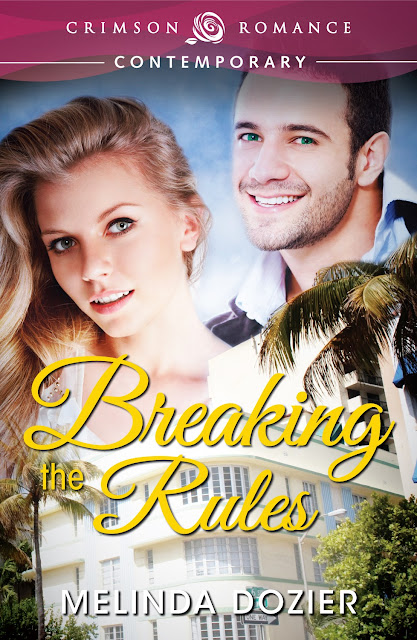 A forbidden love affair in the past has led Hope Robinson, a middle school principal, to Harbor Bay, Florida, where she commits herself to play by the rules. This can be difficult for a perpetual klutz, who—even strapped in a cast—has to uphold a competent attitude at all times.

Luckily, she has Dr. Colin Calaway on her side, a widower and father of a student, who is ready to give love another try. When Colin convinces Hope they should explore the connection between them, a steamy romance develops, though it could destroy them both. They must decide if their jobs—and their hearts—are worth the risk.

Get your copy today!


Check out the trailer! 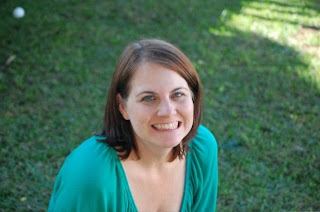 Melinda Dozier lives in Guatemala, Central America, with her husband, three boys and German Shepherd.  She enjoys being the queen of her household and dreams of being pampered fully by her boys once they’re grown. Learn more about her at www.melindadozier.com.
You can also find Melinda on twitter at www.twitter.com/melindadozier or Facebook at www.facebook.com/melindadoz


His strong arms reached across the couch next to her. She wanted to touch those biceps to see if they were as firm as they looked. His long fingers were clean and beautiful. She never noticed Colin’s hands before. Of course, she saw his hands in his doctor’s office when he examined her foot, but now that she paid close attention to them, she thought they were fine, strong hands. Shaking her head, she wondered what was wrong with her. A man’s hands were turning her on now.


She moved her gaze to his face. Dark circles rested under his eyes, as if he had a long day or even a longer week. “How was work?” she asked, really wanting to know.
“Crazy. Rajan, Dr. Patel, was in the hospital all afternoon. That means all patients went to me and our PA. When he got back, I took off,” he looked at his watch, “forty-five minutes ago.”
“You told me I had to take care of myself. How about you taking care of yourself?”
“I do just fine.” He brought his arm down and sat up straighter.
“Yeah, on call all the time and any free time you have you’re with Jason or taking care of patients at their homes.”
“I want to be here.” Colin grabbed her plate out of her hand and put it on the table. He sat on the edge of the couch and took her face in his hands.
Hope sighed. Looking into those sea green eyes, any worries could melt away. It was simple, really. But her practical mind always got in the way and told her better. He’s your student’s father. She bit her lip and whispered, “Not a good idea, McSteamy.”
He flinched. “Mc what?”
She opened her mouth in a wide O and shook her head. “Pretend I didn’t say that.”
He laughed softly and then his eyes smoldered. “Stop talking and kiss me.”
To hell with it. He was too hot not to touch, with tight jeans that made his butt look like a playground and green eyes calling to her as if he were the medication she needed. Plus he made her insides steam up—and it was cold. A cold, lonely life.
She reached up, put her arms around his neck and pulled him in closer. “I like these house calls, doctor.”

GIVEAWAY:
Melinda is giving away an ecopy of Breaking the Rules and winners choice of a Yankees or Red Sox baseball cap through her tour wide giveaway. Winners must enter via Rafflecopter and will be chosen on July 27.


a Rafflecopter giveaway
Posted by Ana Blaze at 12:00 AM