The Tenant by Sotia Lazu.

Hi Ana, and thank you for having us today. 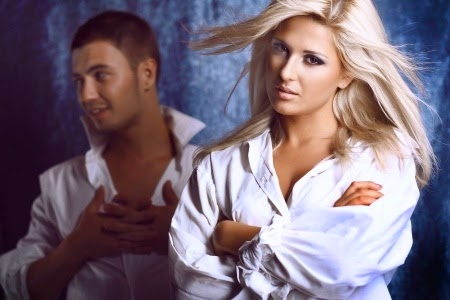 I say ‘us,’ because I brought with me Amanda’s not-so-little sister, Alice, to tell us about Amanda and Derek from The Tenant.

Alice, you’ve known Amanda your entire life, and have lived in the same building as Derek for a few years. What can you tell us about them that we don’t see in the book?

First off, if my sister finds out I’m talking about her without her consent, I’m looking at lifelong misery, so keep this hush-hush.

Good. Now, what can I tell you about Amanda that you wouldn’t find out otherwise? Hmmm… Oh, I know! She was a chubster until she was thirteen. Mom was always all over her to be more careful about what she ate, but Amanda just didn’t care. Then she met Lewis, who hooked up with her BFF at the time because Amanda—Quote: was too big for him. Unquote.

She gave up carbs and mayo for an entire year, and begged my mom to sign her up for ballet classes. She didn’t want to be a ballerina; she wanted to be like Jean-Claude Van Damme. I guess she eventually managed to become a compact version of him, with owning her own dojo and studying and teaching all sorts of martial arts.

Wow. That’s something I wouldn’t have guessed about her. That she took ballet, I mean.

And do you have any dirt on Derek?

Oh, he’s a big ol’ cuddly bear. He yells and smokes and drinks and curses, and may have punched a dude or ten in his wild years, but he’s got a soft spot for strays. Used to keep leftover meat and bones from his restaurant and take it to animal shelters twice a week. His ex was a bitch, and kept egging him on to be…“manlier,” but I think he’s manly enough where it counts. You can ask Amanda, if you don’t believe me. Wink. Nudge.

The blonde highlights—sorry, frosting—were her idea too, but he won’t fess up to it. He pretends to like them, but I remember the day she gave them to him, and he was not a happy camper. Maybe he’s used to them by now.

I see. Anything else you wanna tell us? Maybe about yourself?

Nah. You’ll find out everything you want to know about me this Christmas. And I’ll be all mysterious and vague about things till then.

Till Christmas, then, Alice. Thank you for joining us today.

My pleasure. And all you readers out there, don’t forget to check out The Tenant!

The Tenant by Sotia Lazu 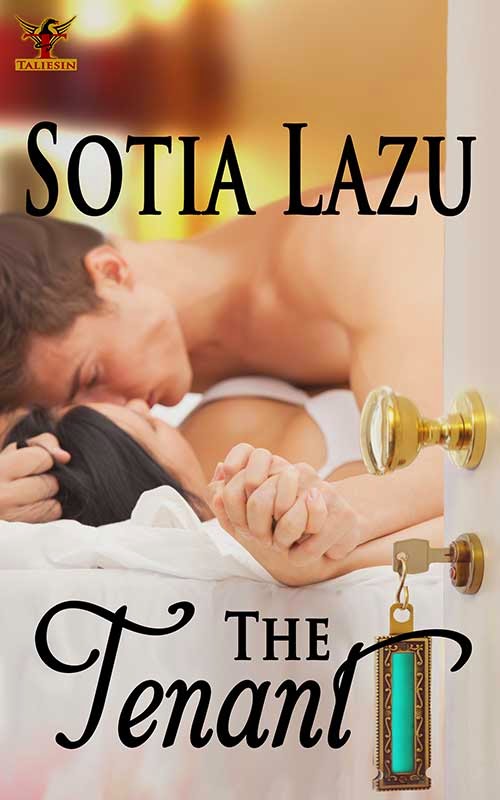 In hopes of getting her fiancé to consummate their relationship before the wedding, Amanda convinces him they should check out the apartment her father gave her as a gift for their upcoming nuptials. Darkness and privacy are supposed to work in her favor, but there is one parameter she doesn’t know about: the apartment is not empty yet, and the current tenant has no plans of moving.

Derek has had a hell of a few months. His girlfriend turned out to be a cheater and then stole his restaurant. He's not about to also give up the place he's called home for three years—even if his hot but infuriating landlady threatens to move in by the end of the week.

When her own lease is up, Amanda is forced to make good on her threat. As if life isn't already hard enough, her tenant-turned-roommate is as sexy as he is annoying, and her fiancé is caught with a half-naked woman.

Now she and Derek need to find a way to survive their forced cohabitation. They soon discover sleeping with the enemy can be fun.

Hushed voices. There were people whispering inside his home, and—

It might have been fury at whoever dared vandalize his home that drove his feet from bathroom to bedroom, naked as the day he was born. It could have been hope he’d finally get out some of his frustration that curled his fingers around the baseball bat lying beneath his bed and led him the rest of the distance to his living room in the pitch black.

Weighing the bat in one hand, he pressed the fingers of the other to the light switch he knew to be at his left, and took in the lit room.

A couple was making out on his floor. By his overturned table and his smashed lamp.

He scowled so hard his forehead hurt, but it was all he could do not to charge them and bash their heads in.

“What the fuck are you doing in my place?” he asked the kneeling hulk. He’d heard about people making out in parks, playgrounds, even cemeteries, but breaking into someone’s home to get some was unbelievable.

The small blonde lying on the floor sat upright, eyes blazing. “Your place? My father gave me this apartment!”

Her boyfriend simply blinked at him.

Was it Derek’s imagination, or was the blonde having a hard time looking him in the eye? He was tempted to mention his face was an entire torso—and then some—higher than what she was staring at, but his ego needed some stroking, so he let her take all of him in, while his mind caught up to what she’d just said.

“You’re Kenneth’s daughter?” he finally asked, the bat only slightly lowered. Alice’s sister. This one was shorter, and Alice dyed her hair dark brown these days, but Derek could see the resemblance.

She finally lifted her gaze to meet his, and her eyes were the same bright green as her sister’s. “You’re the guy who’s supposed to be gone?”

He could apologize and say he’d forgotten because of the rain of utter shit falling on him lately.

He could ask for a bit more time until he’d found a new place.

Or he could be an ass. Nobody else seemed to think twice about being an ass to him. “Hardly,” he said with a snort. “I’m supposed to be right where I am. You, on the other hand, are trespassing. Or is it breaking and entering?”

The young woman scrunched her nose, which was adorable in a snooty, bratty way. “No breaking. I’ve got a key.” She narrowed her eyes. “When Mason and I were first engaged, Dad said he asked you to move. That was three months ago.”

Mason. That was the silent brute’s name. “I remember no such thing, and” —he looked pointedly at the remains of his favorite lamp— “there has definitely been some breaking.”

Blondie bounced up and glared. Funny, but she was intimidating despite her small stature. Maybe that was why Mason stood back and let her handle things. “Dad bought the place for me, to begin with,” she said. “You knew when you first moved in that I was eventually going to be needing it.”

That was true. Derek had heard all about how this was one day going to be a wedding present for Kenneth’s oldest daughter—and what was her name, again?—though said daughter hadn’t even been dating back then. Kenneth said his daughter was picky and needed a man with serious backbone before she settled down.

Derek considered waving the bat to see if the big guy would flinch, but decided to be the bigger man—and wasn’t that ironic, when Mason had at least four inches on him? “Kenneth mentioned something, but he didn’t give me the sixty days notice he was supposed to.” Blondie opened her mouth, probably to repeat her father let him know three months ago. Now was time for the coup de grace, and Derek somehow knew he’d love watching her squirm. “As you know, the notice is supposed to be in writing or it doesn’t count,” he said.

Mason grabbed Blondie’s shoulder, flexing his arm in the process. The look on his face indicated that Derek’s nudity might have offended him more than Derek’s intention to not vacate the premises for at least two more months. “Let’s go, Mandi.” Ah, that was her name. “We’ll talk to your father. He’ll know what to do.”

Her gaze said she knew what to do too, and it involved the painful insertion of the baseball bat in Derek’s most private orifice.

Derek’s smirk widened into a grin. “And now get out of here, before I have to call the police and report you for harassment on top of everything else.”

Mandi stared him down for a split second, but when Derek swung his bat in the air, her overly inflated toy boy all but dragged her out the door.

Derek propped his weapon on his shoulder, grabbed a bottle of scotch, and went to bed. He sensed his swagger had returned. Maybe that was because he’d actually felt he had balls, for the first time in days.

Odd way for his day to improve, but it had. He would give anything for another opportunity to bait Mandi Murphy. If he couldn’t torture the woman who’d hurt him, he’d torture the one who wanted to evict him. He had to be subtle about it, though. He didn’t want to make Kenneth mad at him. 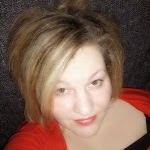 Sotia’s making do with Greek reality, while writing and mostly thinking in English.

Sotia shares her life and living quarters with her husband, their son, and two rescue dogs, one of which may be part-pony. Sappy movies make her bawl like a baby, and she wishes she could take in all the stray dogs in the world.

Or write to her at author@sotialazu.com

GIVEAWAY
Is there a question you want to ask me—or Alice—about the unlikely couple? Tell me in a comment (don’t forget your e-mail address), and make sure to enter the Rafflecopter Giveaway for a chance to win an e-copy of The Tenant or some Author Swag!

NOTE: The giveaway is for Adults Only. Please do not enter if you’re below your country’s legal age.
Click on the link to open a new page and enter the giveaway!
>>a Rafflecopter giveaway<<

AND THAT’S NOT ALL!
Until the 11th of the month, you have the chance for several more entries. Just stop by the following blogs, and leave me a comment: