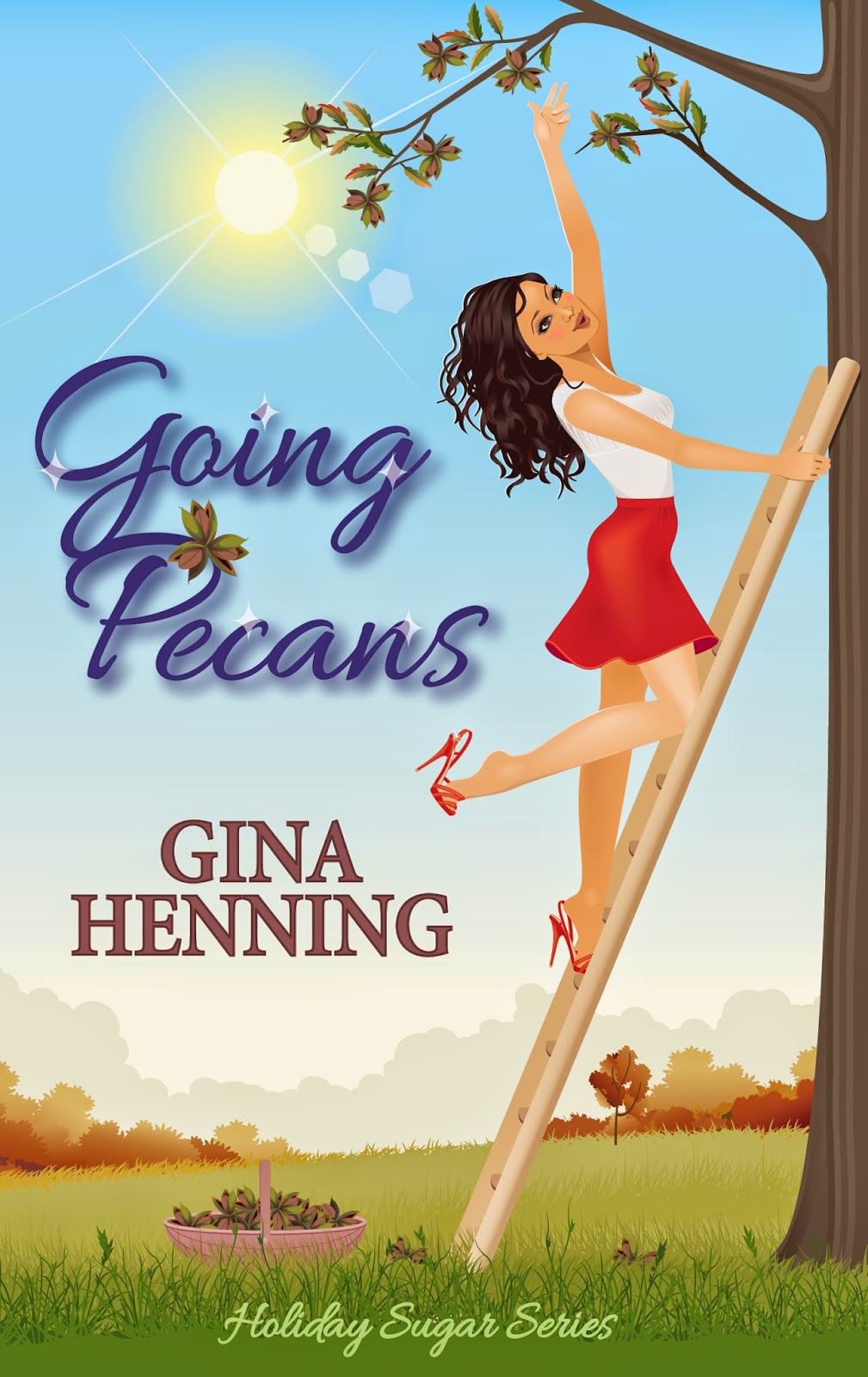 Homecomings for Lauren Hauser are always filled with delicious food and hopes for a distraction from her quirky family. The only exception with this visit: she’s been given the challenge of preparing her grandmother’s pie.

Set out on a journey for pecans, Lauren stumbles into Jack a guy who despite his charm (and kissable lips) appears to be in a committed relationship…with his career. His main concern is taking care of a last minute errand for a client, not Lauren or her quest for the key ingredient.

Frazzled in more ways than one, Lauren’s journey improves when Jack rescues her from an icy walk. Attraction and tension rise and soon pecans aren't the only things getting toasty in the kitchen.

In honor of the release of Going Pecans, I've been invited to share an excerpt from one of my stories in which a character is...well, going pecans. Fun, right?

So without further ado, here is a scene from "A New Tune", my contribution to One Lucky Night. In this scene, Holly is unexpectedly working at the same time as a rather hot young man she's been studiously avoiding. She is definitely going pecans!


Holly chuckled, then scanned the room for another empty glass or any new customers. Her gaze landed on Cian, playing and singing to a growing crowd.
Trouble.
The man made her ex look like he was still playing in the minors, but Holly had seen enough to know that any girl with an ounce of wits and a desire to keep her heart from being shattered into a thousand pieces would stay away.
Kissing him had only proved what she already knew: musicians don’t make good boyfriends. Cian might as well wear a flashing red danger sign. He was too sexy and too slick to be taken seriously. And he kissed too well. Way, way too well. Her traitorous toes curled at the mere thought of his hot mouth covering hers, of the wall supporting her back while his long fingers gripped her waist and his leg slid between her knees. “Just a friendly New Year’s kiss,” he’d asked, catching her alone in the hall by the office, off-guard a few seconds before midnight.
She should have said no, but persistence and his puppy dog eyes wore her down. Holly leaned toward him a smidge, prepared for a quick peck and found herself in the midst of the most thorough kiss of her life.
After, still clinging to his shoulders and fighting to catch her breath, she’d tried to call foul. “Friends don’t kiss like that.” Her voice had trembled.
“No.” He’d grinned before rubbing his cheek against hers. “They don’t. Maybe something to think about while you keep me waiting.”
Cian had followed up with another kiss: quick and possessive and every bit as shocking as the first. Then he’d let go and walked away ... whistling.
The bastard had whistled. Like he’d won something.
She shot a glance in Cian’s direction. He was playing a song she didn’t recognize, something light and pretty that suited his smooth tenor voice. He looked up just in time to make eye contact, as though he knew exactly what she was thinking about. Her stomach tumbled. She was going to have to be more careful, avoid working on nights he played there. She could do that. Or she could move to another city. Maybe one on the other side of the continent. That might work.

Going Pecans Blog Hop
Please follow along and enjoy these great blog posts below and remember everyone that comments on every single post will receive a Going Pecans Recipe Card signed by Gina Henning, please be sure to include your email!

a Rafflecopter giveaway
Posted by Ana Blaze at 10:44 AM