An Unexpected Hunger by C. Rosa.

I'm turning the blog over to C Rosa today! 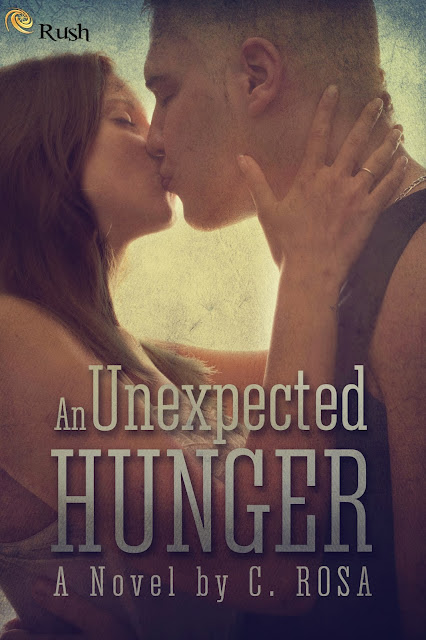 Thank you so much to Ana for having me today. I’m super excited to talk about An Unexpected Hunger, my NA contemporary romance. Start with the two main characters, Alexa and Ricky, mix in a little lost love angst, add some mild steaminess, and sprinkle in a few bad decisions and you have a recipe for one crazy love story!

Here are some of the characters you’ll read about:

Alexa — Her favorite article of clothing is her white chef jacket. But lately, it’s been collecting dust in her closet. Maybe there are worse things than moving back home, like running into Ricky when her life has crumbled down to the last crumb. She hates to admit it, but he’s looking better than she remembered. How’s she supposed to concentrate on getting back into the kitchen with Ricky around?

Ricky — No one would accuse of him of lacking any passion. He’s only too quick to act on what he wants. But in the words of Alexa, he’s like a pot set on the stove. Turn your back on it for too long, and it might boil over. He’s determined not to let anything or anyone get in between Alexa and him. Just how far is Ricky willing to go to make sure he doesn’t make the same mistakes twice?

Drew — Having his sister, Alexa, home again means there’s always something good to eat in the fridge. He’s never one to miss a party or pass up a free drink. There are just two things that don’t fly with him—messing with his girlfriend, Mia, and breaking his sister’s heart. But what happens when it’s his best friend that could do the breaking?

Mia — Keeping one eye on her brother, Ricky, and the other eye on Drew is making her dizzy. Now that Alexa is back, Ricky’s been…preoccupied. Mia knows the secret Ricky’s been hiding for years. All she can hope is that he’ll finally let it go, and that she’ll never have to choose between her brother and her best friend.

Danny — Even after what happened with Alexa that night in his restaurant, he never thought she’d actually move back to New Jersey. Things were just not the same without her. But he couldn’t tell her that if she kept ignoring his calls. She wouldn’t be easy to win over again, but maybe if he told her things were different now, it’d be enough to convince her.

Alexa Stanton has the world on a plate. Five years after graduation, she's following her culinary dreams as sous chef of a popular California restaurant. But one explosive night in the kitchen brings her life crashing down. Ashamed and broke, Alexa retreats home to New Jersey for a fresh start.

Ricky Perry is known for two things: getting kicked out of high school and charming the pants off any woman. He is exactly the kind of guy Alexa swore she would never fall for again. In high school, it took all of Alexa's willpower to avoid him. But this isn’t high school anymore, and Ricky is more appealing than ever. 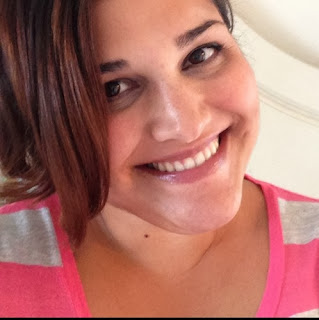 C. Rosa lives by the Jersey shore with her husband and their four year old son. In 2008, she received her Bachelor’s Degree in Communications with a concentration in Writing Arts. After taking some time off to start a family, she made the decision to go back to school. In September of 2013, she received her Master’s Degree in Education. Writing has always been a part of her life, but it wasn’t until she became a full time stay at home mom when she decided to finish writing her first novel. Three books later, and she signed her first NA romance with Entranced Publishing, releasing December 2013. In between writing, and not letting the laundry pile too high, she’s also active on her blog, twitter, and Facebook.

You can find me and my books here:

a Rafflecopter giveaway
Posted by Ana Blaze at 10:16 AM