Are you looking for the Naughty Blog Hop? Go Here! 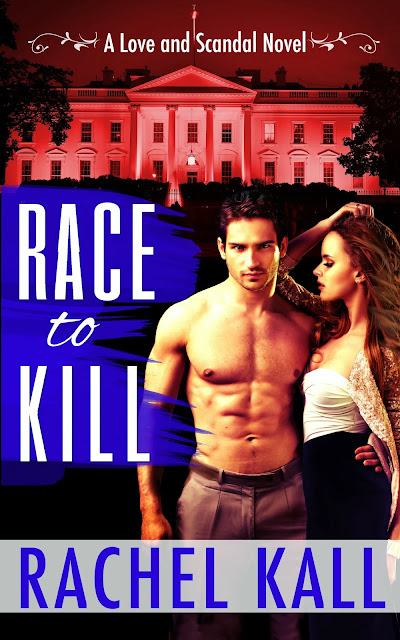 Race to Kill (Book 1 in the Love and Scandal Series)
When fiercely independent Vivian Reese is thrust onto the national stage during a heated presidential campaign, she doesn't expect to become a media darling. She also doesn't expect to start to fall for her sexy new bodyguard, Marcus Locke. But when threats start surfacing against the sitting President's campaign and all evidence points to Vivian, she doesn't know who to trust.
Delta Force Operator turned FBI agent Marcus Locke is supposed to be investigating campaign finance crimes. He's not supposed to be checking out the sexy, eloquent campaign spokeswoman Vivian Reese, who's one of his prime suspects! But when they are caught in the middle of a presidential race that is quickly turning deadly, he is forced to put both his heart and his job in the line of fire.
Tempers flare and passions ignite as the campaign gets dangerous, but when bullets start to fly will either of them survive?

Information about the book:
Title: Race to Kill
Author: Rachel Kall
Genre: Romantic Suspense
Release Date: October 7, 2013
Series: Love and Scandal Series
Information about the author:
Rachel Kall writes romantic suspense. She likes writing spicy and suspenseful stories to keep readers guessing. Rachel is a member of Romance Writers of America, Kiss of Death, and Georgia Romance Writers. She loves animals and is active in animal rescue. She enjoys adding loveable pets to her stories. She lives in Georgia with her husband and five furkids—two dogs and three cats. She is represented by Sarah Younger at Nancy Yost Literary Agency.
You can find Rachel here:
www.rachelkall.com
https://www.facebook.com/AuthorRachelKall
http:www.twitter.com/rachelkall