The Next Big Thing

Melinda Dozier was kind enough to tag me for “The Next Big Thing”. It's my second time, so I assume it has since made it's way all around the internet. :)

The idea is simple: I answer ten questions about a current work-in-progress. I've been doing some edits on a story just this morning, so that's the one I chose. 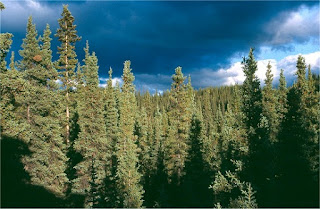 10 Interview Questions for the Next Big Thing:

1. What is the title of your Work In Progress?


I'm calling it A Late Thaw.

2. Where did the idea come from for your book?

I went to college in Vermont and it burrowed it's way into my heart. I was thinking about the old advice to write about what you know and I know Vermont. For the record I don't think we should all stick with what we know, if we did we'd miss out on sexy vamps, hunky shifters, steamy spies and time traveling adventures. But this time, I decided to write a love story for a place I love.

3. What genre does your book fall under?
Contemporary Romance

4. What actors do you imagine playing your characters?
When I think Cole, I think Joe Manganiello, a young Joe Manganiello. He's got the right look and that easy, natural charm. Cole is the best type of Alpha, the kind that doesn't need to prove it all the time and Manganiello could easily play that. Also...yum, right? Honestly, I tend to be personally more drawn to sort of pretty, nerdy guys, but Joe is a force of nature. Or testosterone.

Kiley...hmmm, maybe Zooey Deschanel. She has the dark hair and blue eyes and the quirky charm that men can't resist. She'd need a more tom-boy wardrobe for the part though.

Barret, Vermont, home to nearly as many goats as people. It was the perfect picturesque spot to stop for cocoa after a ski trip or to buy your Christmas tree from a hunky farmer wearing snug jeans and a pair of well-worn boots. Kiley St. Claire wasn’t there for either. She’d come home for one reason and one reason only: make enough money waiting tables at the local tourist trap to survive her final semester of graduate school. Of course she was going to have to see that Christmas tree farmer eventually. That was fine; Kiley wasn’t the same nerdy little girl he’d palled around with. Nope, she was done crushing on Cole Thomas. Totally done.

Cole thought he was ready, but seeing Kiley again is a punch to the gut. She’d rejected him and run away without explanation. The least she could have done was to have stayed away. Still, it’s good. Now he’ll have a chance to say what he’s needed to say for years and then, just maybe, he’ll be ready to move on. He just wished she didn’t look so damn good in her waitress uniform.


6. Will your book be self-published or represented by an agency?

I'm polishing it up for submission to publishers.

7. How long did it take you to finish the first draft of your manuscript?

I wrote this one awhile back and thought it was done. I've since decided it needs a little something. I think the first, first draft only took a month or so. It's a short story-around 15,000 words.

8. What other books would you compare this story to in your genre?
Gosh, I don't know. It's a second chance, friends to lovers story. There are a bunch of those, but I think my voice is a bit different. There's a lot of humor in it.
On a side note, if you're into second chance stories, you should keep a look out for Melinda's upcoming book, Time Changes Everything.

9. Who or what inspired you to write this book?
I suppose I just love the idea of people falling in love over years. Cole and Kiley were always together. It took them awhile to realize what they were to each other. My husband and I were friends for a decade before we tried dating. When we did, it was instant, everything clicked.

10. What else about your book might pique your readers’ interest?
It's a fun story; it takes place over the course of about eighteen hours and could probably be read in a single evening. There's a hot man determined to get the girl, a girl determined to hide her feeling, tacky German-themed knick-knacks, steamy sex, a bunch of mean chickens and an unfortunately named cat.
Okay. I don't have enough people to keep tagging more. Please, if you read this and have a WIP that you want to chat about, consider yourself tagged. Leave a comment and I'll add a link to your site.
Posted by Ana Blaze at 2:41 PM