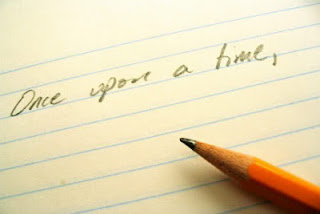 I love starting a new story. The idea hits, it's just a sentence--the barest bit of a premise or a few lines of dialogue--and my mind goes into overdrive. I think characters. Who would say that? What kind of girl would bring that guy to his knees? I think plot. How can those two move from this low point to the happy ever after they deserve? And then, when two-thirds of the story is completely set up in my head, I start to type. The first few pages, chapters even, fly from my fingers.

And the NEW IDEA is always so exciting, so pressing, so demanding. I start typing.

The problem, is in the finishing and what I end up with is a long list of Works In Progress.

Here is a little bit about a few of my current favorite WIPs. Maybe telling you all about them will help spark the finishing part.

Tegan Quinn's father went missing while she was still a young girl. While the story of his disappearance is still big news in her little town, she just wants the chance to live a normal, quiet life working in the town library. But when a mysterious stranger shows up knowing her name and promising to answer the biggest mystery of her life, she gets dragged into an adventure more suited to one of her favorite books.


He grinned and she had to fight the urge to step closer. He hadn’t been joking before when he’d mentioned that she would be drawn to him. She was. It pissed her off. Simon reached down and rubbed his thumb over her cheek. “Only the dangerous ones.”
Tegan gave a hard bite of laughter. “I’m the dangerous one.”She scoffed.
Simon nodded. “Deadly.” He turned and took a few steps towards the door.
“Wait!” Tegan hated the pleading note she heard in her voice. She waited for him to turn and give her an impatient glance. “It was you, right?” She could barely hear her own words. “You’re the one that turned him into…this.”
His eyes widened and she thought she saw a flash of hurt in them before his mask of indifference slid back into place. “Sorry, love. That was a different monster.”

You can meet most of the characters here.

A Stand Up Guy

Ben Crane has it bad for his website designer, Hailey Cohen. When he hears that she has finally ended things with her dud of a boyfriend, he decides it's time to put his cards on the table. But before he works up the nerve, Hailey is swept into instant popularity at an online dating site. Armed with a crazy plan involving fake dating profiles and risque instant messages and barely enough computer savvy to answer his own email, Ben has to convince Hailey that he's the man for her.


“Why is there a picture of me in a bikini?”
“Great, right? I took it with my phone last week.”
Ben slowly eased his way over to stand behind Hailey’s shoulder. There she was on the screen, breasts barely covered by a couple of navy and white  striped triangles. Sydney had snapped the shot at the perfect moment, catching Hailey mid-laugh as a breeze lifted her hair off her shoulders. Ben swallowed hard. It was a great picture.
He wondered what he’d have to do to ban Syd from the shop.
He wondered what he’d have to do to get Hailey to wear that bikini to the shop.
“You put a picture of me in a bikini on the internet.” Hailey whimpered softly.
“You need a picture. No one pays attention if you don’t have a good picture. Look, you’re WebGirlStar.”
“Why?”
Syd sighed heavily. “Because you make internet stuff.”
“Right. Look, this is really not okay. I told you, I’m not—”
“But look!” She clicked on a small flashing link that was shaped like a fishing hook. “You hooked hotties!” Syd gave a little squeal as she opened a page with a picture of a man wearing a suit. “See. These are quality men. Not like that other site.”
“What other site?” Ben and Hailey asked in unison.

During The Best Man, Beth meets with a lovely young couple to talk wedding plans. We get a hint of their story there. This is the more fully realized version.

No one has ever called Kara Stevens patient. When she wants something, she goes for it with a surefire mix of charm and perseverance. But when she wants her big brother's best friend, Grant Pearce, to be her first lover things get messy. Five years is a long time to avoid someone who is practically family, but if it wasn't for her only brother's wedding, she'd keep trying. Now there is only one question: What kind of shoes does a girl where to see the only man whose ever broken her heart?

And she’d found one.

Grant Pearce. Just the thought of his name made her giddy. Grant was everything the boys at her school weren’t. He wasn’t just cute. He was hot. Dirty hot. Bad hot. Pierced nipples and black eyeliner around iced-blue eyes hot.

Antigone James knows nothing about comics. But when her uncle needs some help at his shop and she needs a job that works around her coursework, that seems like a small detail.

Details matter to Garret Mason. He'd loved it if, just once, the pretty but clueless woman working at his favorite comic shop could get his order right. Could he have made that request more politely? Sure, but talking to pretty women isn't really Garret's strength. Drawing them is another matter entirely.


Her smile widened and she gave him a sort of soft look. He liked it. He liked it so much that he didn’t watch what he was doing and sliced his thumb open with the box cutter.
“Frak!”
She gasped and stepped towards him. “Are you…”
“It’s fine. I just cut myself with the stupid box-cutter.”
“Here.” She pulled a little bag of tissues out of her purse and handed them to him. “Wrap it tight. Do you think you need stitches?”
He shook his head. No, what he needed was to grow out of what his mother had insisted was only a klutzy phase. After twenty-seven years it didn’t appear to be going anywhere. “It’s not that bad. A little pressure and it’ll stop.”
Her gaze settled on the blood on the delivery box. “Maybe you should step away from the comics though.”
“Yeah. Probably a good idea.” He stepped towards her. She smelled like oranges. It was probably her soap. It didn’t matter. Orange was now the sexiest scent he’d ever experienced. “Why don’t I read the list and you put the books in the folders?”
She looked reluctant.
“You can hold them up and I’ll figure out which title it is.”
“You think I’m pretty hopeless, don’t you?”
“I think you know nothing about comics.”
“And that makes me hopeless?”
He laughed. “It probably made you very popular in high school.”
Antigone grinned. “And here I thought it was the mini-skirts.”

What the Wolf Wants

When enemies slaughter his entire pack, Jackson Moss ends up a lone wolf. His strength and suspicious past make it hard for him to find an Alpha willing to give him a new home. When he finally finds one, he has no intention of screwing things up...no matter how much the Pack Leader's twin sister calls to him.

Paige could feel his eyes on her as she walked back into the kitchen. She grabbed a bowl of fruit salad and glared at Mara. “There’s something off about that guy. He just stares at me like...like...”
“Like he thinks you’re pretty?” she suggested.
“I’m not...pretty.”
“You’re hot. You’re a hot girl wolf. He’s probably never met one before. Give him a chance.”
“Mara, it’s not like that. I’m telling you, he has no manners. He’s the reason people make ‘raised by wolves’ jokes.” She thrust a spoon into the bowl.
“I wasn’t.”
Paige looked up to see horror on Mara’s face and slowly turned to find Jackson standing behind her, his jaw clenched and his chin held high. “I--”
“I wasn’t raised by wolves.” He repeated quietly.
Paige stuttered again. She’d been ranting to her only girl friend and gotten carried away but that was no excuse. She’d been the one with abhorrent manners.
Jackson looked over to Mara. “I was hoping to use the restroom.”
“Of course, Jackson, of course. It’s just down the hall. Second door on the right.” She smiled as perkily as Paige had ever seen her and pointed down the hallway.
He tipped his head towards her. “Thank you.”
Paige watched him walk stiffly to the bathroom. “Shit.”
Mara nodded. “You need to say something. Your brother really wants him to feel welcome here. That’s why he invited him today, you--”
“I know. I’ll--I’ll apologize.” Fuck! She hated apologizing.


So there you have it: a taste of five of my WIPs. Anybody intrigued? I could be motivated by someone especially wanting to read something. Do any of my writer friends suffer from can't-stop-starting-new-stories-itis also?