My favorite moments at the winter games so far.

Writing Worth More Than Gold for the Love and Other Games anthology definitely made me think about the Olympic games in a whole new way and I have totally caught Olympic fever this year. 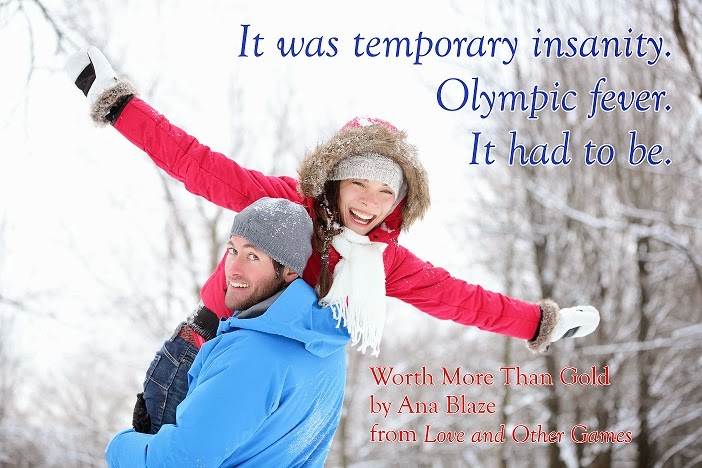 Here, in no particular order, are a few of my favorite Olympic moments so far:

Jeremy Abbott finishing his short program despite a horrible fall. Yeah, the falling was awful. He was hurt physically and undoubtedly heartbroken, but he got up and with extraordinary support and applause from the crowd he skated the rest of his program perfectly.

Noelle Pikus-Pace jumping off her sled and into the stands to hug her family and celebrate her medal winning run.  Back in 2005 her leg was shattered when she was hit by a bobsled, it's pretty much amazing she can walk but with a lot of support from her family she's Olympic champion. Awesome.


Snow boarder Gus Kenworthy deciding to bring home more than just a medal. He's adopting an entire litter of stray Sochi puppies and their mother. Seriously, check out these photos and prepare your collective "Awww!"

Watching Meryl Davis and Charlie White win gold! They are definitely the stars of these games for me. I'm utterly enchanted.

The Canadian ski coach who brought a Russian skier a new ski when his was broken so he could cross the finish line with dignity. Right?

And while we're discussing the awesome stuff Canadian's do. This is hilarious and made of cool. I know it's a promo gimmick, but it works and it makes people smile.

And the dancing during the opening ceremonies:  Wow.