I have a super-pretty YA romance cover reveal for you today.  As you may know, I recently joined the Swoon Romance family (so excited!) today's reveal is for one of my fellow Swoon Romance authors: Linda Budzinski. This looks like a great read and the cover is brilliant, right? 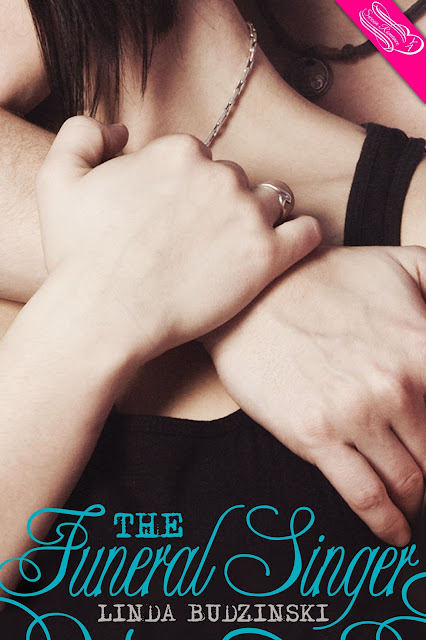 Being a funeral singer was a dead-end job until it led her to him ...
Seventeen-year-old Melanie Martin has witnessed her share of lame eulogies and uninspired epitaphs while singing part-time at her dad's funeral home. She's determined to be more than a funeral singer, more than just someone's "beloved wife" or "loving mother."
When Mel's impromptu rendition of "Amazing Grace" at a local rock star's graveside service goes viral on YouTube, she becomes an Internet sensation, gains thousands of fans and followers, and snags a hot rock star boyfriend--Zed Logan, bass player for The Grime.
But instant fame isn’t easy—and neither is love. Especially when Mel realizes she’s falling for another guy—one who may just want her heart more than her voice …


About the Author:Linda Budzinski has worked in non-profit communications and marketing for more than 25 years, including 18 years within the funeral service industry. She lives in Northern Virginia with her husband, Joe, and their adorably fierce chihuahua, Demitria, and she is represented by Andrea Somberg of Harvey Klinger Agency. You can visit her website at www.lindabudzinski.com.


And you can check out Swoon Romance's entire awesome line-up here!
Posted by Ana Blaze at 8:00 AM